BPD is characterized by intense emotions, black and white thinking, and impulsivity. The most misunderstood of all the personality disorders, Quiet Borderline Personality Disorder or Quiet BPD, is not so well-known.

People might ignore and dismiss it as just a temporary phase, but it could become life-threatening if not diagnosed and treated. 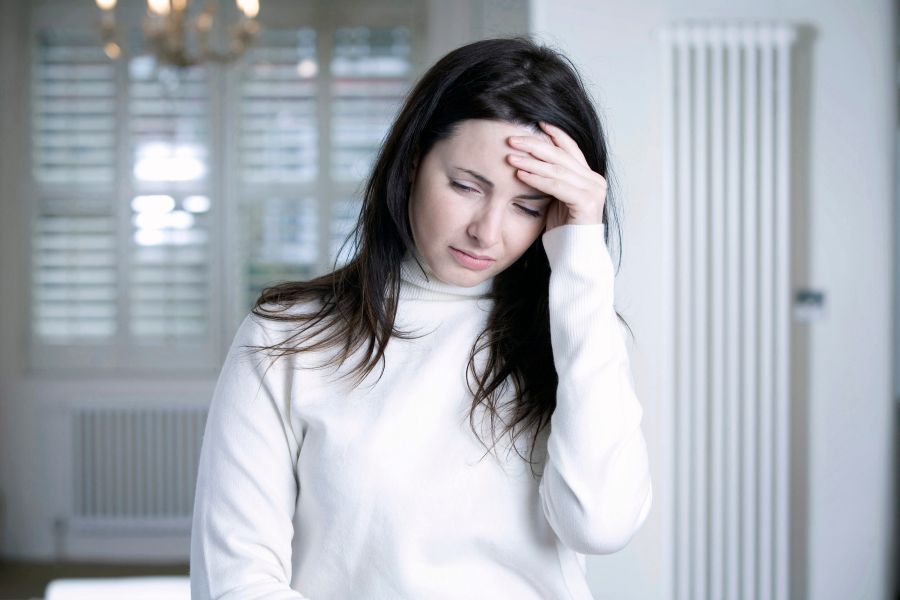 What is Quiet Borderline Personality Disorder?

Quiet borderline personality disorder is an extension of the classic form. So, we must first understand what traditional BPD is before understanding what the quiet version is all about.

According to the Diagnostic and Statistical Manual of Mental Disorders or DSM-5, Borderline Personality Disorder is diagnosed based on (1) a pervasive pattern of instability of interpersonal relationships, self-image, and affects, and (2) marked impulsivity beginning by early adulthood and present in a variety of contexts, as indicated by at least five of the following:

Mental health practitioners can use this manual to learn about and diagnose this disorder.

As for Quiet Borderline Personality Disorder, this is a quieter form of the disorder. Basically, it means you suffer from the disorder in silence without expressing it outwardly.

This form of BPD is more intense since the person goes through adversity without letting others know about it.

People tend to self-harm and not express their anger. When they feel negative, they hurt themselves, and their bodies are usually covered in scars. They suffer without showing it, and they only react when alone. It is quiet and inwardly manifest.

How is it Different from Borderline Personality Disorder?

The main difference between the two disorders is the way the patients react. When someone has BPD, they will react out of the blue. Many times, there is a violent response to the situation. As an outward manifestation, the emotional imbalance can be seen as frustrating. They may also display violent behavior.

Classic BPD patients normally show their emotions, and they tend to vent their feelings on others. When they get angry, they throw things, and their family and friends can see their mood swings.

In a sense, the classic form is easy to recognize because otherwise, the patients keep their reactions to themselves. Silent borderline personality disorder refers to the emotional imbalances that go on in the patient’s mind without outbursts.

On the surface, they may appear absolutely normal since they rarely react to people. Because of this, others find it difficult to guess whether something is wrong with their minds or if they are impacted negatively.

These patients don’t react instantly to what they feel. Then they may hurt themselves when they’re alone. Most of their body parts, including their hands, have scars. Here is an example of how the difference can be seen:

For example, someone with classic BPD would often blackmail the other person into harming themselves if they left them during a relationship.

A person with a Quiet Borderline Personality Disorder, however, would respond differently to the same situation. Instead of blackmailing, they would let the other person go, but they would feel sorry for themselves when alone.

If you have been experiencing any of these symptoms or are experiencing mental discomfort, schedule an appointment with a licensed therapist. Due to the fact that it’s an invisible disorder, it’s somewhat difficult to diagnose, but these symptoms may help you get a clearer picture:

You might experience a sudden change in your mood. Say you’re having fun at a party and in a nice mood, and then out of nowhere, you become distracted as if you’ve gone into another world. Mentally, you’re no longer present there; you’re no longer in touch with your surroundings. You may experience this for a few hours, possibly for a few days. However, you do not react outwardly to this mood swing.

As someone with quiet borderline personality disorder, you frequently become angry, and you become easily irritated, but you do not express your anger to anyone. Since you do not respond to that anger, the other person cannot tell whether you are angry. But you wait till you are alone, and then you react.

You cry out, or you might even harm yourself, unlike otherwise, where the reaction of anger is instant, and everyone gets to know about your anger. In this, even if someone asks you whether you are angry, you tend to deny that anger and not accept it in front of the other person.

You cut people off your life

You always have a constant fear of other people leaving you and hurting you, so you usually cut off people from your life to prevent them from hurting you. You end up distancing yourself from your loved ones and those who care about you.

You have a constant fear

You are plagued with constant fear and almost never know why you have it. Because of your anxiety, your jaw is always clenched tightly. Often, this fear is related to your personal relationships, career, or anything else you see or are part of in your life.

Rather than talk about your problems to others, you keep them a secret and take out your frustrations on yourself.

Low self-esteem is common among those with Quiet Borderline Personality Disorder. Your self-esteem is atrocious, and you constantly blame yourself for everything that goes wrong. You feel that your presence burdens your loved ones. It feels like you’re the black sheep in the family. Because you are too scared, you’d rather keep to yourself than share it with someone.

An unhealthy sense of worth can lead to eating disorders such as Bulimia or Anorexia, which can manifest in your body. As for casual sex, you tend not to worry about protection.

How is it Diagnosed?

It is often more difficult to diagnose quiet borderline personality disorder as opposed to the classic type. Even the classic one is more difficult than the other mental disorders because, many times, the symptoms can be confused with depression and anxiety. However, regular observation and visiting a professional might lead you in the right direction.

Borderline personality disorder can manifest in the form of a quieter, more covert disorder. A sufferer may not be ready to open up to their therapist about their feelings. They are given a form to fill about the questions about their past and present.

All these factors, together with observance, can lead to a diagnosis of quiet borderline personality disorder.

Is there a way to deal with it?

You must know how important it is to seek out a therapist or psychiatrist. The disorder can be more challenging to handle without professional assistance. They have the skills to deal with your emotions and deal with your mind, not to make you feel the same way you do.

The patients are given two options: therapy or medication. Dialectical Behavioral Therapy is ideal for treating this disorder. In either case, the therapy can untie the knots in the patient’s mind and heal them completely. Patients with a quiet borderline personality disorder may opt for medication, but it is recommended that they begin with therapy later.

Meditation, reading books about their disorder, and being around positive people can make a huge difference. Keeping a journal can also relieve stress. Additionally, you can search for BPD groups in your area and join them both online and offline.

It is hard to overcome quiet BPD, but with the right diagnosis and care, it is manageable. People who have overcome mental illness exist. Listen to their stories, talk to people, and practice self-care to improve your mental health because it will change your life.