Being a woman is pretty scary sometimes. Although we associate rape victims to women because prominently they are the ones who suffer, this does in no way mean that men are entirely safe. Anyone can be a victim of this dreadful crime, irrespective of what you look like, what you wear, what your gender is, what your background is, whether you are 4 months or 40 years old. All these things do not matter, and everyone should stay on a safer side. So we are going to talk about some anti-rape devices to repel away rapists. 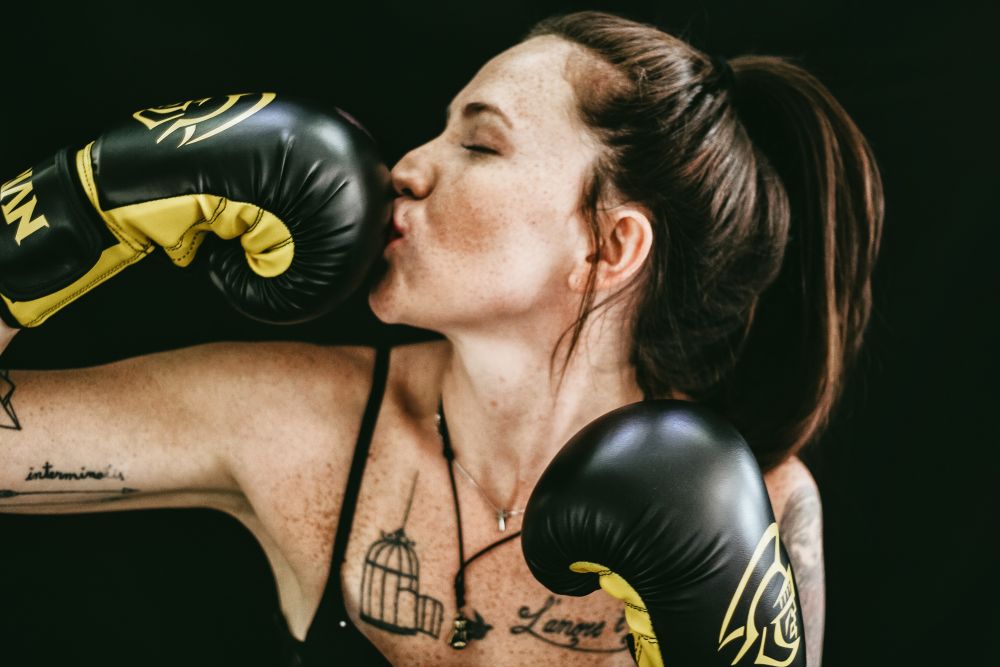 If you are a predator, beware, as you never know that your next victim could be your undoing. Here are some self-defense, anti-rape devices for women invented for the sake of their safety and defense.

Why do you need an anti-rape device?

On a worldwide scale, around 35% of women have experienced some form of sexual harassment in their lifetime. The majority of countries that have data available on rape report that less than 40% of women who experience sexual violence seek help and out of that only 10 % seek help from the law.

When we see the data, the reporting also did not help much because only 85% of those reports led to charges, and in that too, only a mere 27% led to the conviction of the rapist. This leads to the hopelessness of reporting the event.

According to NSVRC, one out of every five women will be raped at some point in their life. This statement itself is so terrifying. There are moments when we are alone on the street, or in a cab, or working late at the office. There are moments when we are vulnerable. In those times, there is this negative feeling that goes on in our minds, and we are terrified and eager to be safe. Let alone these strange places, people are not even safe in their homes. The humankind has become so brutal and so vulnerable at the same time. 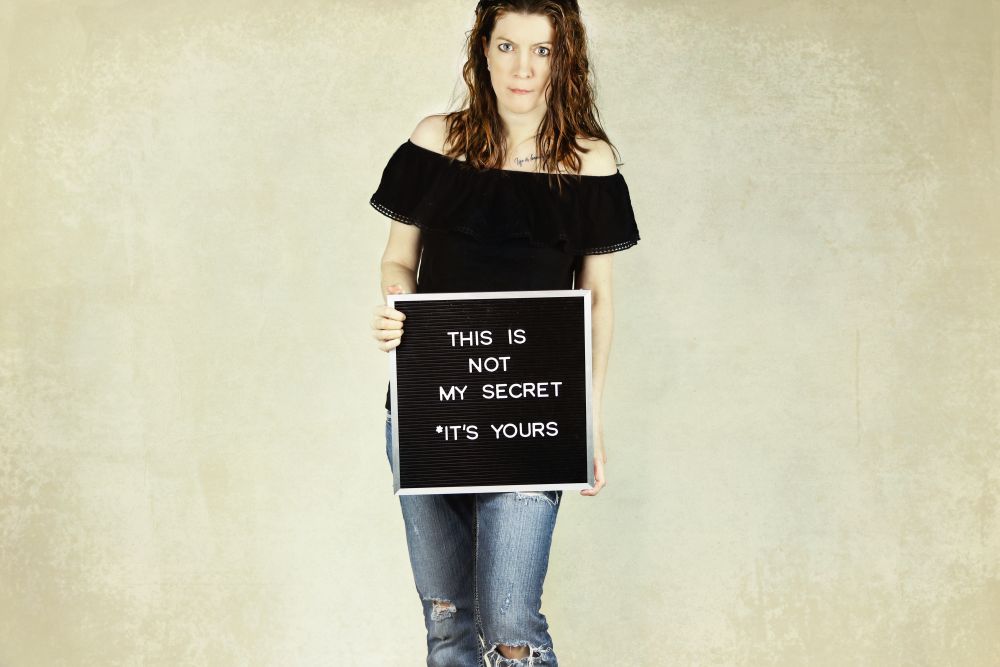 There are many reasons that such cases are only increasing with time. It doesn’t matter how brutal the punishment is, it is not at all affecting the rate of the commitment of rape. A corrupt department is one such reason that any step is not helping with the crime. The victims fail at the first stage itself. Even in developed countries, people hesitate to reach to the police and file a complaint. Somewhere they are scared of the society and the so-called defamation, and in other cases, the police fail to co-operate. Whenever an authority tries to stand against them, they face the consequences. And even if a case reaches the court, it takes an innumerable amount of time to reach the decision. Years and years pass by to get justice.

Talking about anti rape devices, these are something that denotes that safety is in our hands. We should try all the things that are possible to to.keep ourselves safe, and these devices will surely be helpful. Not only rape, but these will help you out in any similar adverse situation.

Here is a list of 11 anti-rape devices that will help you be safe.

A pepper spray can be of great help in an adverse situation. This is one of those things that women have been using prominently to keep themselves safe and secure. Pepper spray can put the opposite person in distraction and sting his eyes, which will provide you and time to escape and run to the safest place nearby.

The thing about this kind of pepper spray is that it comes attached to keychains so that whenever you leave the house, you never forget your pepper spray. You can also buy pepper spray and attach it to your keychain.

This is an alarm that will make a sound when you press the button. This can help you out as it will make a loud sound so that people nearby can hear you out and track you by the sound. This can also frighten that person because the sound will attract other people.

This comes handy when you cannot shout loud enough if suppose you are in the woods alongside the road in the night. The alarm will attract the passerby, which otherwise is not visible inside the woods. The thing about this alarm is that this alarm comes with a keychain attached so that you never forget to bring this helpful little device with you.

Revolar is one of the anti rape devices that you can wear, and it also comes in an app version. It is a small device that you can even attach somewhere like your keychain or your pockets of shirts or pants, or you can keep it anywhere, but it should be such a place where it can be easily accessed.

This device is a remote device that can work on both cellular data or wifi. This device comes with a button that will send the signal. One click means that you are safe, two clicks means that you feel unsafe and three clicks mean that it is an emergency and you are in an immediate need of help. This device also has a feature through which you will get a call on your phone, and a prerecorded message will play so that you can act as if you are on the call.

These stilettos are wearable, and alongside footwear, you can use it as a safety device as well. The significant feature of these stilettos is that these can dial an emergency number or to the police for you. Less than an inch on all sides, it can be worn as a pendant on necklaces or bracelets.

It has a button, the single click of which will dial to the police or the emergency contact. If you cannot speak, it has got the feature of an automated voice that will speak on your behalf. If, after the dialing, the situation becomes safer, you can press it for a second time to tell them that you are safe.

As the name suggests, it is a locket that you are supposed to wear around your neck, and it has a button. This device was created by a student at a university, and this was a great creation.

This necklace, along with being stylish, has a button, the single press of which will give a ring to your phone, which will work as a distraction. Two press will send three separate messages to three emergency contacts with your location and image if you feel unsafe.

Athena is a black silicone pendant that you can wear with your necklace. It is of a size of a coin, and alongside wearing as a pendant, you can also pin it to your purse or clothing or keys.

Athena has a button at the center, the long press of three seconds of which can trigger a loud alarm, and your friends and family will get notified. Instead of a loud alarm, you can also send a silent notification to your emergency.

It is also a wearable anti rape device through which you can send alert to your predetermined friends and family even without using a phone and also the police. With the two press of the buttons, you can also record a voice.

This is yet another fashionable safety device which is in the form of nail color. It changes color when you come in contact with a drug so that you know that someone is trying to drug you, and you can be alerted.

It is a text service, it has a free SMS service, and it also offers emergency contact notification and even a personalized alert message.

It has a free safety app and also a panic button. It provides emergency contacts with your profile, GPS location, whenever you feel unsafe.

This is especially for those who like working out in the early morning or late after work. It is a heavy-duty plastic serrated edge weapon which can be worn on fingers with the help of which you can defend yourself.

These anti rape devices will, for sure, help you be safe, but there’s much you can do: learn any art like a martial art, always use public services, do not trust anyone, and reach for help, talk to your trusted one. Whatever the case may be, reach to an authority.

All in all, If we see the situation, justice has become so complex, there are so many steps involved, a victim is already suffering, and the red-tapism does not help, it makes the situation and the pain worse. But reaching to them will for sure help.

This does in no way mean that every single department is corrupt. Still, if we see the statistics mentioned above about the charge and conviction percentage, we can infer the situation. Things miserably fail when the rapist is a politician or a businessman or any big name. Safety measure is something that we can take.

We know that this world isn’t 100% safe for women, and I highly advocate women’s safety, hoping you do too. It’s an irony that inventions like this are appreciated by the worldwide audience. Still, no one actually works to get these produced on a broader scale. Don’t we think we should make these anti-rape devices readily accessible to women in all parts of the world? Please let me know your views on it!