If you’re a young adult or in your late teens, you’ve probably heard of Foghorn Leghorn. A beloved Looney Tunes character, he’s known for his Southern drawl, his love of chicken, and his catchphrases like “That’s a joke, son!” and “I say, I say, I say!”

Kids from the 90s or even from the early 2000s are very familiar with this cartoon character. Remember when Cartoon Network was cool?

Here are some nice Foghorn Leghorn quotes to help you take a stroll down memory lane. 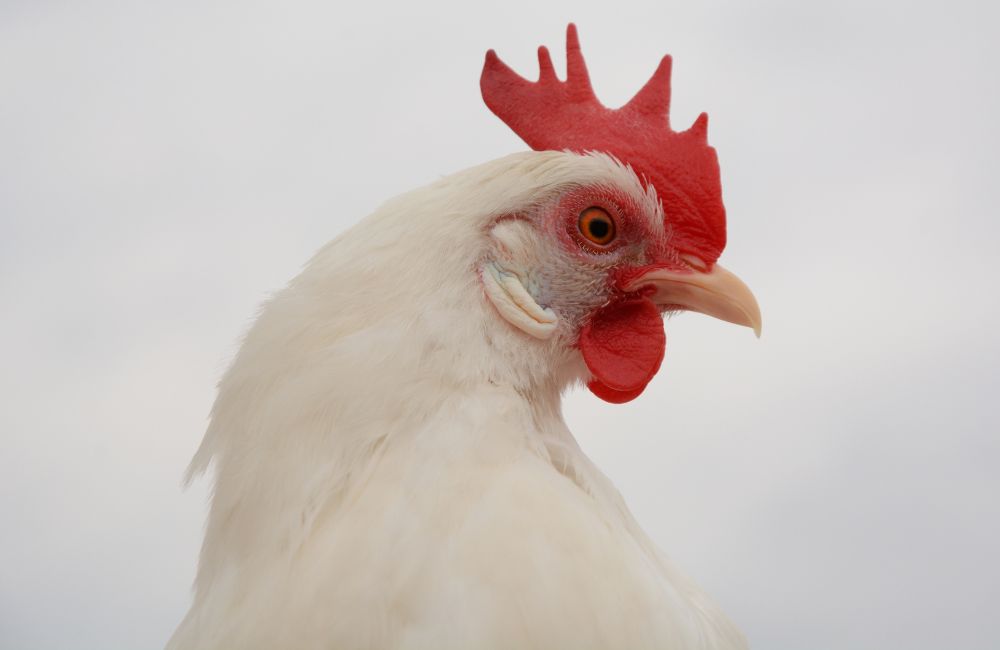 The big cartoon rooster appears in Warner Bros’ Looney Toons and Merrie Melodies along with his wife, Miss Prissy. Also featured in the show is Henry Hawk, a small, thin chickenhawk who is always looking for a tasty chicken to eat. Yep, we knew it’d ring a bell.

Foghorn is a large, white rooster with a Southern drawl and a penchant for mischief. He is often portrayed as a barnyard bully who torments smaller animals, especially the young chickenhawk, Barnyard Dawg.

After revisiting some of our favorite Looney Tunes quotes, we noticed that Foghorn Leghorn’s sayings had some impeccable adult humor without being too inappropriate. That’s perhaps the charm of the show, it provides something for both young and old.

Listed below are some quotes that will thrill children even now that they are grown-up:

“That woman is as cold as a nudist on an iceberg.”

“Hmmm, bare, I say bare as a cooch dancer’s midriff.”

“Now cut that out, boy, or I’ll spank you where your feathers are the thinnest.”

“Gal reminds me of a highway bridging Forth Worth and Dallas – no curves.”

“Boy, you cover just as much as a flapper’s skirt in a high wind.”

“This is going to create more confusion than a mouse in a burlesque show.”

“That, I say that boy’s just like a tattoo, gets under your skin.”

“What in the, I say what in the name of Jesse James do you suppose that is.”

The best thing about Foghorn Leghorn is probably his in-your-face humor. This makes the character even more interesting while providing you with a few savage one-liners you can use in your everyday life.

“That boy’s about as sharp as a bowling ball.”

“That kid’s about as sharp as a pound of wet liver.”

“Nice girl, but about as sharp as a sack of wet mice””He’s so dumb he thinks a Mexican border pays rent.”

“Oh, this woman, got a mouth like an outboard motor.”

“That dog’s like taxes. He just doesn’t know when to stop.”

The character is endowed with a certain charm that instantly makes us fall in love with him. Despite being funny, these cute quotes will surely tickle your belly for those giggles.

“Who’s responsible for this unwarranted attack on my person?”

“Pay attention to me, boy! I’m not just talkin’ to hear my head roar.”

“Boy, I say, boy, pay close attention to me, ’cause you’re a burrito short of a combination plate.”

“Look, sister, is any of this filterin’ through that little blue bonnet of yours?”

“This boy’s making more noise than a bunch of skeletons throwin’ a fit on a tin roof.””What a day for trampin’ through the woods … lump dum do di do do doh, doo dah, doo dah.”

“I got, I say I got this boy as fidgety as a bubble dancer with a slow leak.” “What’s, I say, what’s the big idea wrappin’ a lariat around my Adam’s apple.”

“Boy, I say, boy, pay close attention to me boy, ’cause you’re a burrito short of a combination plate.”

Since Foghorn Leghorn is a legendary figure, he certainly provides us with material that will engrave itself in our minds forever.

These are some of the sayings you just can’t do without:

“What’s it all about, boy, elucidate!”

“I made a funny son, and you’re not laughin.”

“That boy is as timid as a canary at a cat show.”

“Nice boy, but he’s got more nerve than a bum tooth.”

“That boy is as strong as an ox and just about as smart.”

“This boy’s more mixed up like a feather in a whirlwind.””His muscles are as soggy as a used tea bag.”

“Nice mannered kid, just a little on the dumb side.”

“Boy’s gotta mouth like a cannon, always shootin’ it off.” 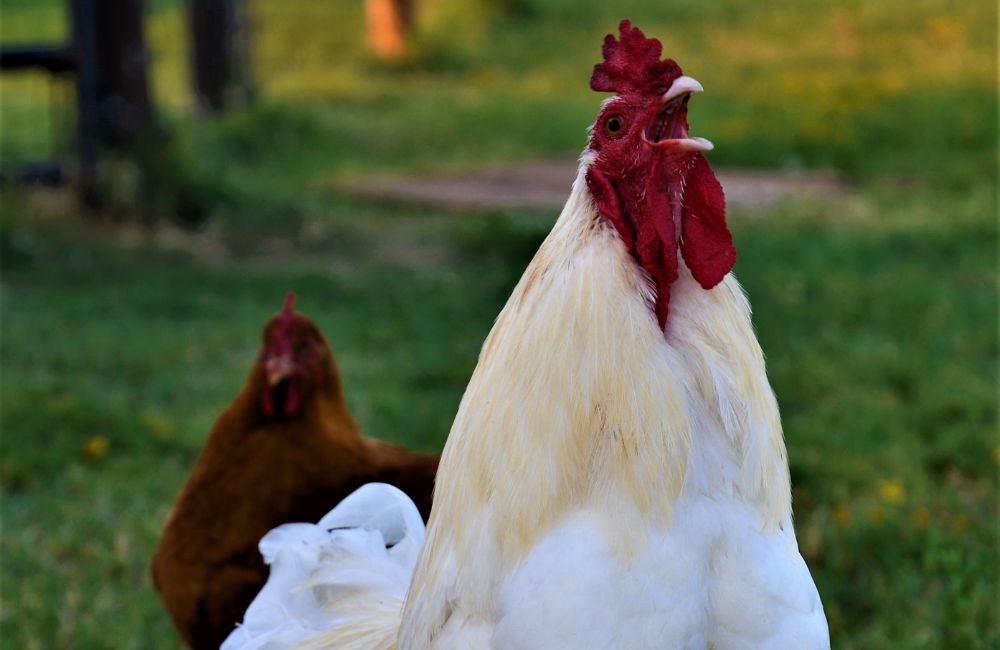 A character so iconic cannot just live on in so many hearts without his iconic lines, can he?

Below are some of the most well-known quotes from the character:

“Fortunately, I always have a spare in my locker.”

“Boy’s got a mouth like a cannon, always shootin’ it off.”

“Kid, don’t quit talkin’ so much he’ll get his tongue sunburned.”

“Fortunately, I keep my feathers numbered for just such an emergency.”

“It’s sure, I say it’s sure quiet around here. You could hear a caterpillar sneakin’ across a moss bed in tennis shoes.”

Looney Tunes Foghorn Leghorn and Miss Prissy have had the most hilariously adorable relationship throughout the series. We have indeed enjoyed some of the best quotes about Prissy from the cool rooster, whether he called her the “widow hen” out of affection or he was terrified of her.

“What in the world’s that hen up to now?”

“Now what, I say now what’s that skinny old hen doin’ upon the barn.”

“When the little woman comes home and sees the egg gone, woo! What will she do to me?”

“Now I wonder what ol’ busy body widow hen is up to.”

“I don’t need your love, widow hen. I’ve got my bandages to keep me warm.”

Foghorn Leghorn and Barnyard Dawg have a complicated love-hate relationship that is hard not to find endearing. He often says the following to his little foe:

“That dog, I say that dog’s strictly GI – gibberin’ idiot that is.”

“That dog, I say that dog is lower than a snake full of buckshot.”

“That’s the trouble with that fool dog, always shootin’ his mouth off.”

“That, I say that dog’s busier than a centipede at a toe countin’ contest.”

With his Southern accent and impeccable charm, Foghorn Leghorn is quite the ladies’ man, and he knows it too. Some of his quotes reveal his incredible charm and confidence in knowing the way to a woman’s heart:

“As senior rooster ’round here, it’s my duty, and my pleasure, to instruct junior roosters in the ancient art of roostery.”

“Let me guess, dearie. You’re looking for a husband.” 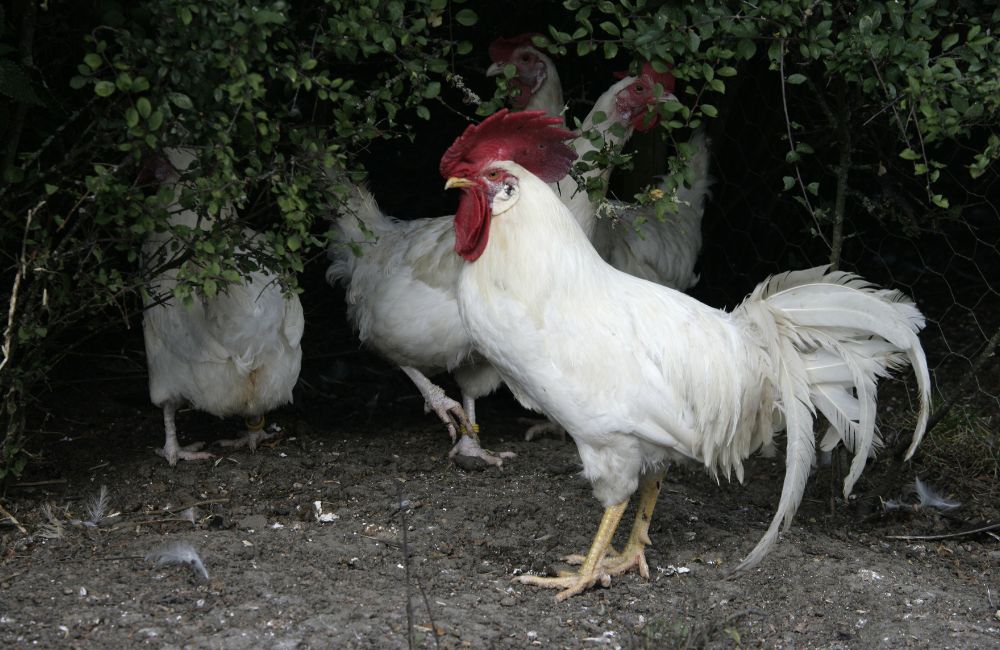 Why does everyone love these Foghorn Leghorn quotes?

Foghorn’s signature drawl and an endless supply of quotes make him one of the most quoted characters in history. But why do people love these quotes so much?

People often find Foghorn’s perspective on life refreshing and humorous. When he finds humor in an awkward situation or lightens the mood, they enjoy it. Most of his quotes are relatable and make people feel good about themselves.

Part of it may be because Foghorn is a character who speaks his mind. No matter who he’s talking to, he’s not afraid to say what’s on his mind. Funny lines can result, like when he tells a chicken that it’s “as stupid as a bag of hammers.”

Some appreciate the wisdom Foghorn offers in his quotes. Guide and inspiration for others, he is someone who has learned a lot about life and who enjoys sharing those experiences with others.

Regardless of the reason, the rooster still holds a special place in many people’s hearts, is the source of much humor, and is a beloved figure for every Looney Tunes fan.

Did These Quotes Bring Back Memories of Your Childhood?

Growing up watching Looney Tunes, then chances are the lovable rooster left a lasting impression.

For many of us, he was an absolute favorite. His southern drawl and comical antics were always entertaining, and there have been many good Foghorn Leghorn quotes over the years.

If these quotes bring back memories of your childhood, then Foghorn Leghorn was probably your favorite cartoon character. Did you also enjoy watching other Looney Tunes characters like Bugs Bunny, Daffy Duck, and Sylvester, the Cat?

To share with you, we have selected some of our favorite Foghorn Leghorn quotes.

We’ve had a great time walking down memory lane with ol’ Foghorn Leghorn, and we hope you will, too, as you recall your childhood with the sayings above.

We’d love to hear your favorites.

Mohd Danish Abid, a.k.a. "Mr. Compton," is a Technical Writer and Cyber Security Engineer. He graduated in Computer Science and has been recognized by BBC, Harvard, and other Big Institutions for his work on fixing security threats. He loves watching UFC matches but he's always ready to get back to business when needed!