Love dogs? I’m sure you do. They are the best companion and pets that one can have in their life. But what if you could have the fastest dog at home? Yes, there are so many fastest dog breeds in the world that claim to be the quickest, and today we will talk about them.

There are numerous different breeds of dogs in the world, such as Retrievers, Terriers, and Spaniels. Most of them have at least one difference, such as some are tall, some are hairy, and some are the fastest.

Every breed is unique. An upright Giant Schnauzer, for example, will be nearly as tall as an adult male! Different types of dogs can be used for various purposes. Around the world, there are more than a hundred and fifty breeds of dog.

Throughout history, some breeds of dogs have been bred for racing and hunting purposes. Yet, they never lost their dignity to be the most effective pets in the house. Some dogs can be named easily and remembered, while others have difficult names to pronounce.

Today, we will talk about those who have the quality of being fast. 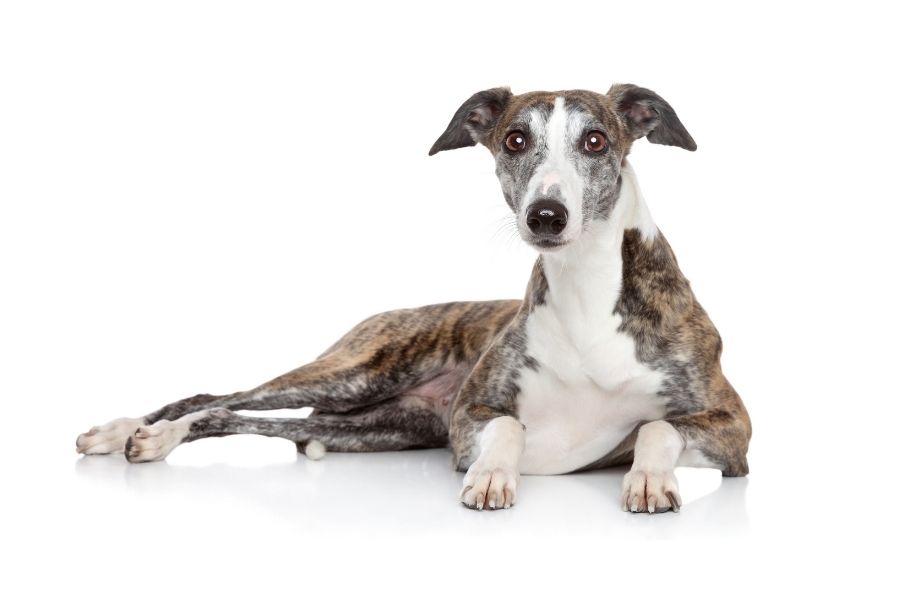 Originated in Egypt, the Greyhound is one of the fastest dog breeds in the entire world. A running hound dog clocks in at around forty-five mph, and they will rise to prime speed in as little as thirty feet. Surprisingly, the Greyhound was from the bred to fallow deer, foxes as well as hares. Even the dogs are nicknamed the 40 mph couch potato. 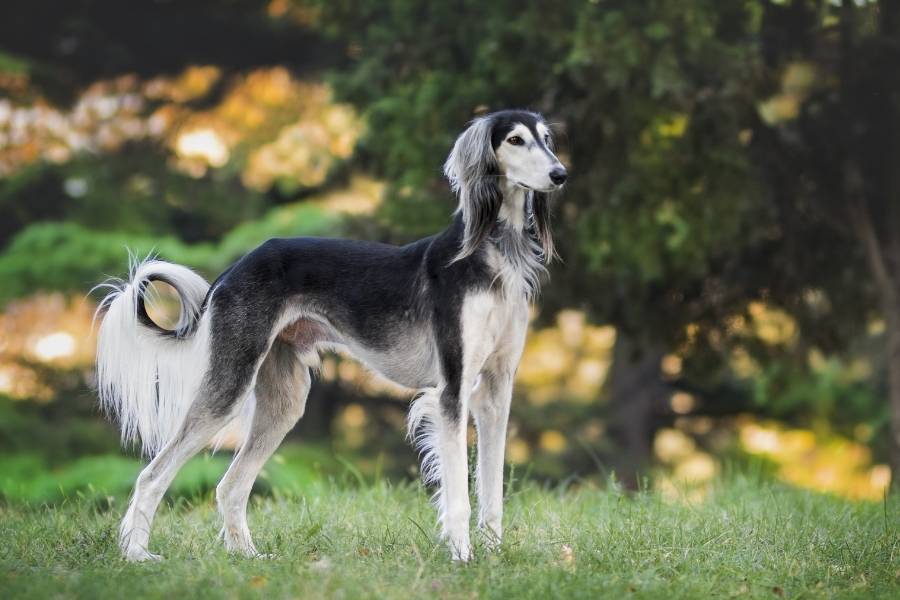 Salukis are not the biggest dogs, but their speed is the fastest. The medium-sized dog was bred in the Middle East, and they are chasing fast prey. As per the AKC, aka American Kennel Club (AKC), the dogs are very active and energetic. Therefore, it would be ideal if they lived somewhere with high fences or a large area where they could run and romp as they like. 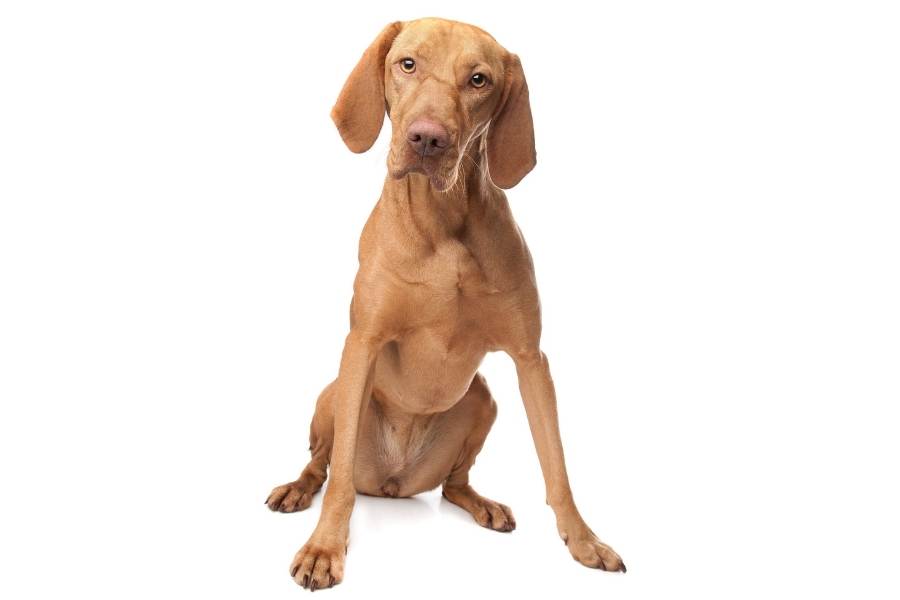 One of the gentlest, most active, and most affectionate breeds on the planet. Vizsla’s run is lightweight, graceful, smooth, and ground cover, as well as they, can be the perfect breed to be a part of the family as a pet. Their short swish coat is dense, providing some protection from the weather. Their golden rust color could be a hallmark of the breed. These dogs originated in Hungary as retrievers and pointers. 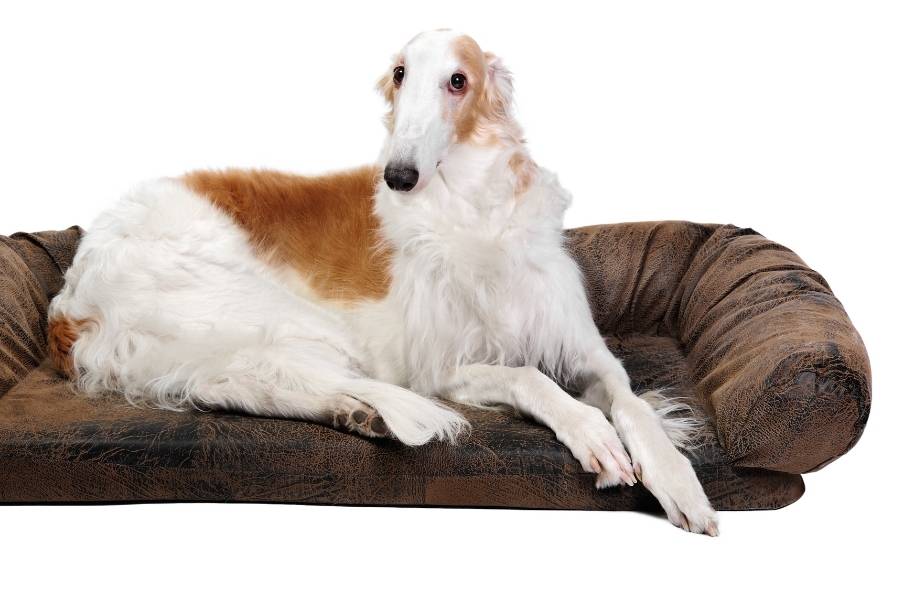 Russian wolfhounds, or Borzoi, were originally from Russia. As wolves hunters, they can also make great family dogs due to their magnificent and dignified canines. They are among the fastest dog breeds in the world. As sprinting is their favorite activity, make sure you give them plenty of space. Borzoi is widely preferred by royalty, and they enjoy a lot of exercise. You should know that, if you want to make them your family member, they will never want to be alone and always prefer people by their side. 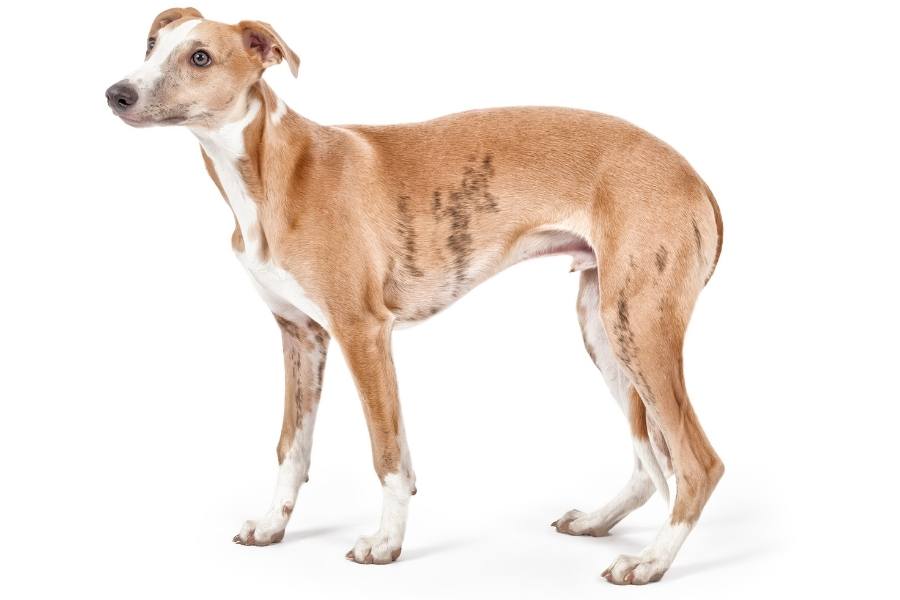 A Whippet is playful, calm, and fast, and also one of the most loyal dog breeds. These qualities make them great pets. Grayhounds aren’t watchdogs, but they’re keen sighthounds capable of chasing cats, stealing food from the counter, and guarding your house against mice. They are nicknamed the poor man’s Greyhound. 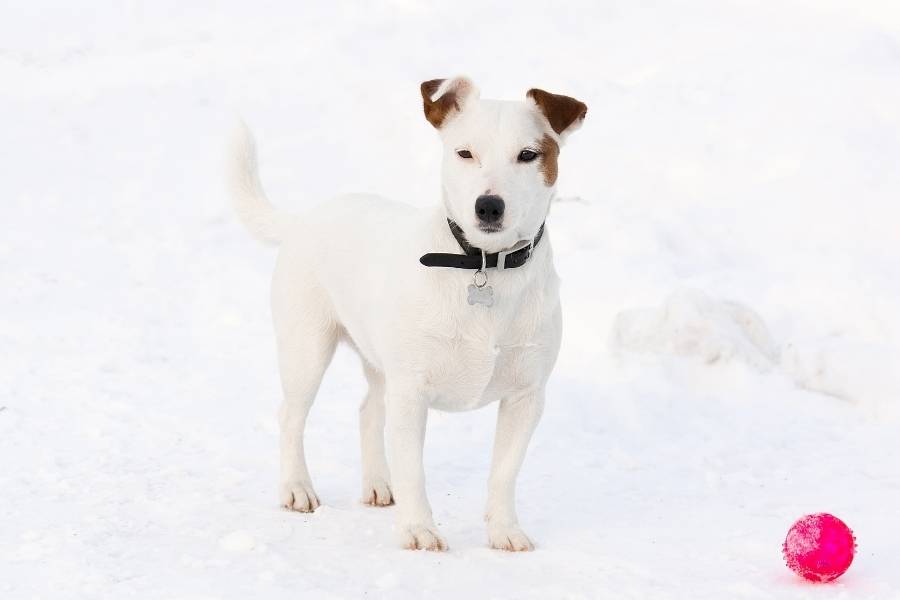 Jack Russell Terriers are the perfect example of how size doesn’t matter when it comes to speed. Despite their small size, they have a huge perspective. Active and playful, they were rooted in a foxhunt. The dog was named after the famous clergyman, Jack Russell. Reverend John Russell, who purchased a little white dog, is credited with creating the Jack Russell hunting dog. 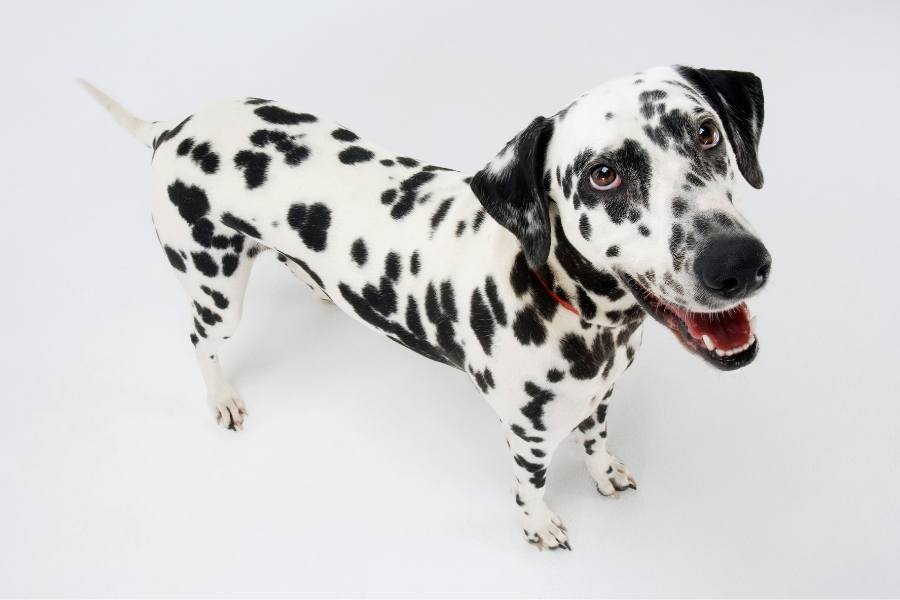 Dalmatian is famous as a pet as well as a fire dog. As well as being super-active and fast, they also love to exercise. They are ideal for anyone who needs to hunt for a smart dog. They had a well-known past or history. 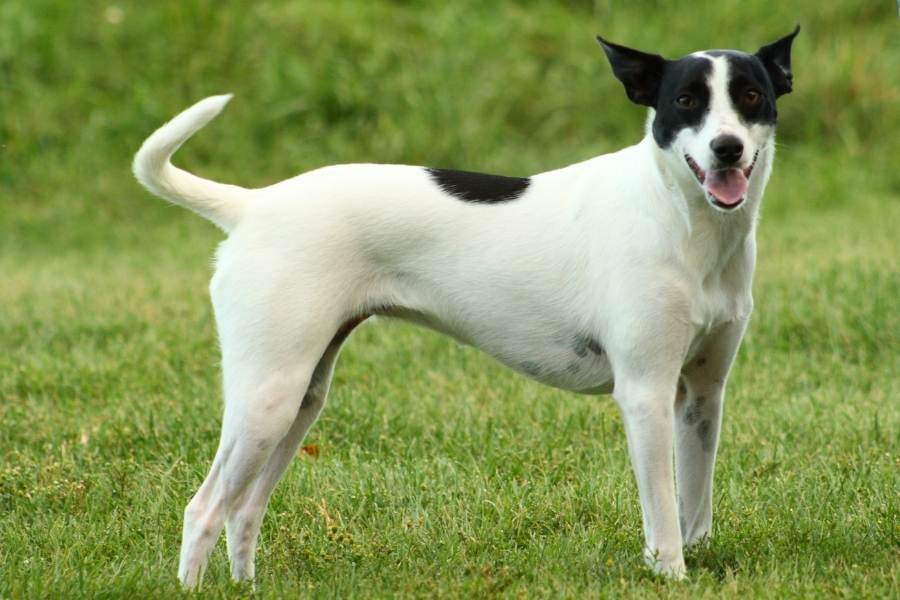 Rat Terriers are cheerful and sensitive. They are calmer than other fast dog breeds. They are smart, active, and fun-loving, and never want to miss out on anything exciting. They also make good companions; however, if someone isn’t at home to engage them, they will get bored and misbehave. 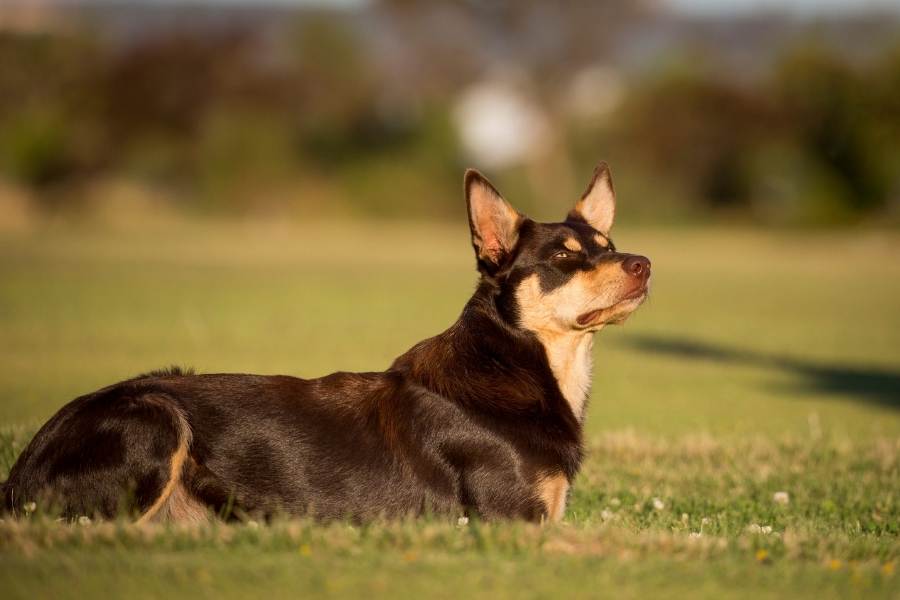 In Scottish and Irish mythology, a Kelpie is believed to be a magical water horse with malign intentions toward humans, especially children. The Australian Kelpie, on the other hand, is not like the Scottish Kelpie. Known for its intelligence and loyalty, Australia’s motherland is well protected by this capable and gregarious dog. The Kelpie was created by crossing early Collies with alternative gregarious dogs and, possibly, Dingoes. Approximately thirty-one to forty-six pounds, they are medium-sized dogs.087dZ 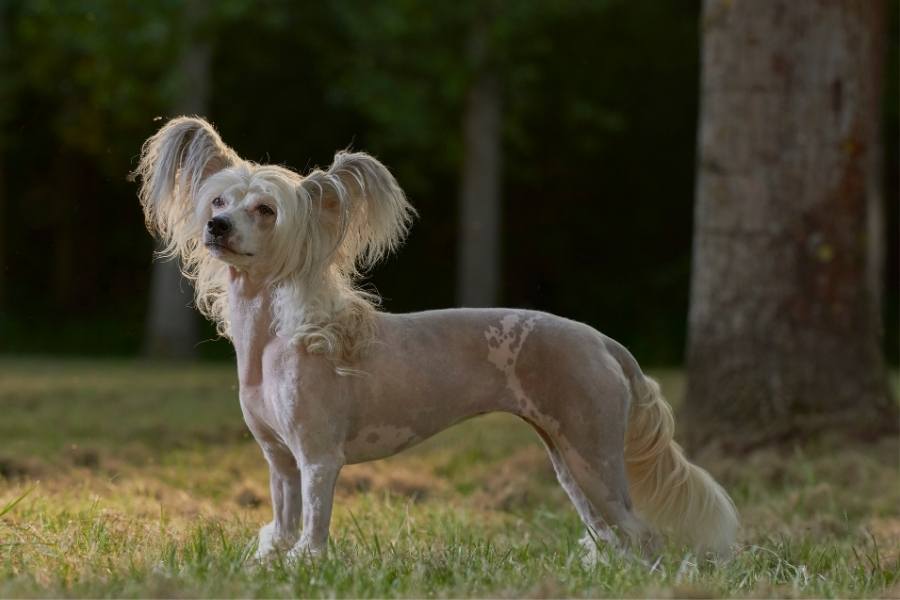 In spite of its small size, this dog needs regular coaching and exercise to remain in good shape. As fast as a hair metal frontman from 1984, they are hairless and fast. One of the most interesting things about Crest is that it has won the competition for being the ugliest dog in the world. It isn’t their appearance that sets them apart from other breeds, but the fact that they sweat to control their body temperature. They can grow up to 12 pounds and come from China.

This concludes our list of the fastest dog breeds in the world. Nevertheless, all dogs are unique and one of the most beautiful creatures in the universe, but their quality and appearance distinguish them. These are the top breeds that made their name in the fastest dogs of the world, but many dogs are bred around the world that has explicit appearances, temperaments, characteristics, qualities, and speed. What breed would you love to have as a pet? Comment below and let us know.