When you fix up new Wi-Fi at your house, the first thing you do is change its name. The Americans started this culture to identify their routers easily. Later, people decided to be creative and funny. This is interesting, isn’t it?

Some people communicate through Wi-Fi Names. Can you believe it? If you don’t get the person’s number, send them messages through Wi-Fi names.

There are Wi-Fi names that are funny, cool, clever, and also conversation building. Putting a unique, funny name for your router is not necessary, and you can use the default router name.

But if you are planning to give one unique name, here are some suggestions of clever, funny, interesting, creative, and crazy Wi-Fi names for your router: 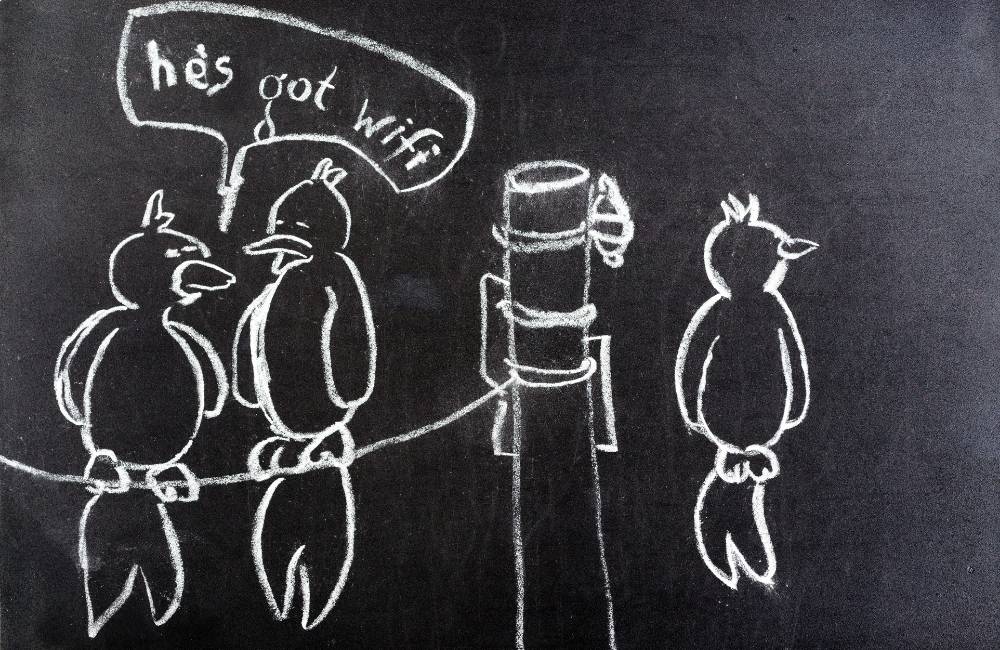 The actual meaning for this is “Tell Your Wife I Love Her.” It is just a way to freak out the person who is borrowing Wi-Fi.

This is a serious issue; people would ask the Wi-Fi owners to meet a doctor or take it funnily.

The series name Bill Nye The Science Guy turned out to be “Bill Wi the Science Fi.”

This name is kind of a prank to those who are trying to connect with other’s Wi-Fi. People end up ignoring the Wi-Fi with these kinds of names.

This sounds more like the old neighbor is shooing away the crazy and naughty kids away.

Smallest and craziest Wi-Fi name right from the inclusion of emojis in Wi-Fi names. Knowing that we can name our Wi-Fi routers with emojis is definitely a piece of news for everybody.

Seems like somebody is inspired by Abraham Lincoln that they keep his name for their Wi-Fi.

Some Smart kid must have named his Wi-Fi this way just for his mom to remember which Wi-Fi to connect with.

No means No might have influenced this rude owner.

Alert!! Alert!! Somebody is keeping people away from using their Wi-Fi.

This must be the Wi-Fi that a popular girl gang in High School uses.

This is just to make the users upset because the Wi-Fi is unavailable.

Another way to ask people to get their own Wi-Fi.

Some Romeo is asking his Juliet to marry him.

Revealing the password even before connecting to the Wi-Fi.

How many ever users scan, they wouldn’t end up finding the required network.

The owner is sweet enough to apologize because he wouldn’t share his Wi-Fi.

This is a crazy WiFi name, and people who believe it is the craziest.

Somebody has thought of a modern name for Martin Luther King.

Is it misspelled? Mustn’t it be the Dark Night?

Craziest Way of telling our neighbor that we hate him. Only people wouldn’t know which neighbor.

Might be a fanboy of Kungfu Panda animated cartoons.

Warning! Our internet is very Slow!! Is it really a warning or another way of reminding papa to change the network?

People these days have no access to 100 things, and the neighbor’s Wi-Fi is one of them.

It’s not fair to covet the neighbor’s Wi-Fi cause you might lose it all.

The owner is ready to give free access, but it lasts just a day.

Looks like somebody has used a lot of the owner’s Wi-Fi, and probably he is reminding them to get their own one.

This alien-ish name is crazy and trending.

Welcome to the world of game of thrones!

Anybody who is allergic to the virus in their device would immediately disconnect.

The excited kid is happy about the wireless connections.

An easy way to put someone off from the WiFi.

There are a lot of Harry Potters in this world, or might be one of the potter heads. Check out Harry Potter-inspired WiFi Names.

Did the owner just mean that he is one of the Lannister?

Yet another Game of Thrones fan!

Who is battling for what? Is the meaning that there are battles for Wi-Fi or just another GOT fan?

If you want to know where I live, connect to my Wi-Fi…

People get upset after trying to connect with Free Wi-Fi because they don’t know its password.

Does Starbucks have an open network everywhere? This is just to fool people.

Some bored guy gang is secretly planning for a money heist. Better not disturb them.

This is my Wi-Fi, and not yours is what the owner is trying to say.

Game of Thrones is Wi-Fi spreading.

The owner probably wants to scare people and keep them away from connecting to the Wi-Fi. Or it’s just his son pranking people.

Who is this brave man challenging the hackers around the area?

Is it a way of saying, “I wouldn’t tell you my password, but Jon Snow might know? Go ask him if you want”?

Somebody has updated to the fastest network and is showing off. Or might be just a random Flash fan.

This person is mocking the BSNL network, which is said to be the slowest.

Aliens in the world do exist, then?

A friendly gesture for people to remind them to drink water regularly.

It is one of the nerdiest ways of telling that this Wi-Fi does not connect for a lot of people.

Now we’ve heard of Titanic Sinking and also the Titanic, which is syncing.

Wanna get access to this Wi-Fi network? Become a fan of a mini cooper.

A science lover who possibly uses Wi-Fi for little time in a day or only when needed.

Is the owner low or lone?

How will the owner connect to his own device if he is warned not to touch it?

Wanna use his Wi-Fi? Better be responsible and pay for his internet itself.

This doesn’t happen until you manually connect it.

Are you too busy to name your WiFi? Just give random alphabets for your Wi-Fi name!

A lazy person expresses his thoughts about being lazy.

You might have a hundred problems. But connecting to this person’s Wi-Fi wouldn’t be one of them.

This is one of the craziest names for Wi-Fi. The next might be you! Look around for zombies.

Keep searching, but the answer will be No Devices Found.

It’s a simple Biblical reference from a scholarly neighbor.

Maybe this Dora is the slowest.

Try accessing his Wi-Fi but do not disturb him by asking for a password.

Somebody is planning an April Fool Prank earlier.

This is when you shouldn’t turn around. Or you can turn around if you are curious.

You can have access to the owner’s free Wi-Fi, but he would want to hack your device in return.

Are they the popular boys’ gang in school who are shy to talk to girls?

Seems like somebody is happy with their life when they have Wi-Fi. Connect to them for happiness and Wi-Fi.

This is a prank to scare people, including people who don’t have a bathroom with curtains.

A motivator next door!

Thanking Obama through Wi-Fi names? This is crazy!

A frequent torrent user and a torrent addict who lastly downloaded the movie “Forrest Gump.”

Another one was named after Bill Clinton.

It is to make people believe that there is no connection there.

The network shows Connected, No Internet when

Seeking friendship through a router name is the idea of this era.

This looks like the owner is mocking the person who is touring on people’s Wi-Fi networks.

Prohibited for other people other than the owner and his family members.

This owner can afford the internet for you, but the consequence will be different when you misuse it.

This is just another way for pranking people.

It is named after the Disney character Snow White.

Yet another fan of Disney.

It confuses you as to if the password is YOU or YOUR NAME.

These are some crazy WiFi names that you can give for your router. Some names are abusive, but let’s better not use them. Let’s be funny, attractive, creative, but not abusive.

There are also websites to customize Wi-Fi names for your router. Sitting and thinking about a name for your Wi-Fi is fun. You can name your Wi-Fi after your favorite movie (check out Marvel WiFi Names), favorite series, favorite characters from books and movies, favorite people, and also food.

You can change your router name every day and have fun. It can be 32 characters in length. Never include personal information in your Wi-Fi name. Never name the network in a way that relates to the password. What are you waiting for? Go give your Wi-Fi a crazy name!