Finally, the winter has come. A show which has unusual and bizarre characters that will be perfect for your dogs. It is an instant and great way to show your fandom.

Game of Thrones has been one of the popular series in the recent past. If you plan to name your pup, you can name them from this list of Game of Thrones dog names we have brought for you.

So let’s head to Westeros. 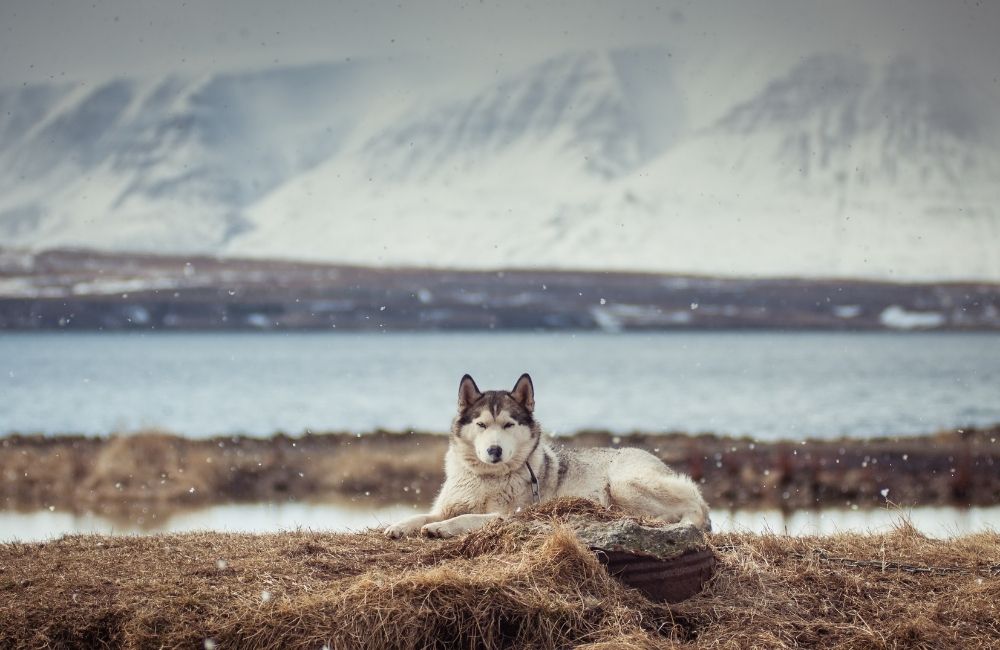 Direwolves are probably the first thing that will come to our mind while naming our dog—the name of dire wolves along with their owners. 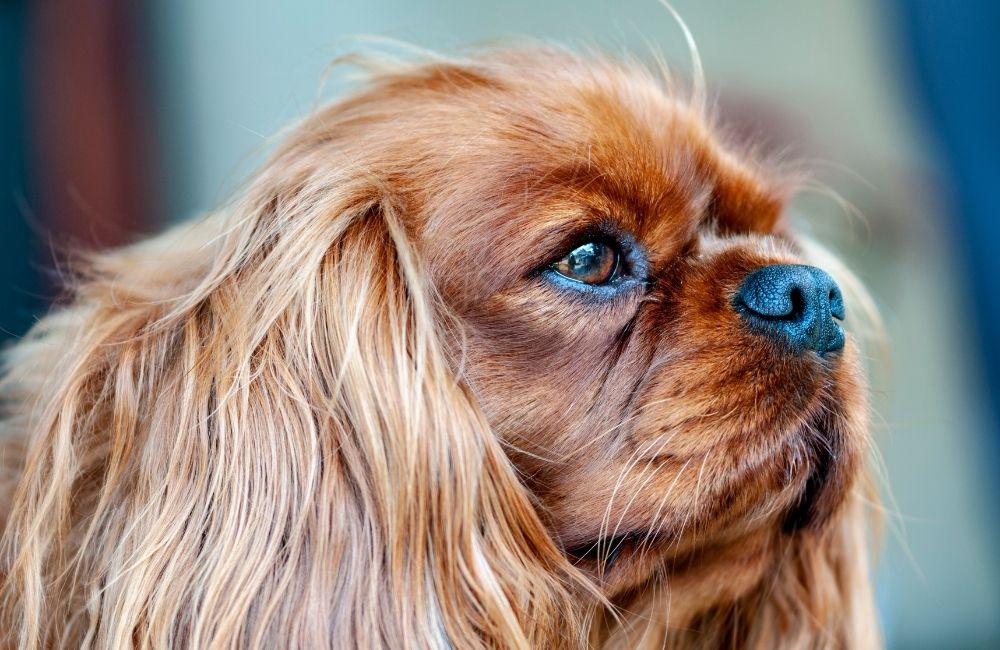 An illegitimate son of Ned Stark. He is one of the top protagonists in both the Game of Thrones books and Tv shows. He is dignified and full of strong morals. This will definitely be a fun name.

The youngest child of Tywin Lannister and a younger brother to Cersei Lannister and Jaime Lannister. He is a dwarf; however, his intellect and wit help him in overcoming the prejudices.

A nickname was given to Petyr Baelish. He is the master of coin and is skillful in manipulation. He was one of the major reasons for the conflict in Westeros.

The first husband of Daenerys Targaryen. He was a Dothraki warrior and one who is good at heart.

He is the son of Eddard and Catelyn Stark. He is a warg and the new three-eyed raven. He assists his family in the war against White Walkers using his supernatural powers.

He was once the head of the Stark house. He got executed on King Joffrey’s orders and lost his head, thus leading to the War of Five Kings.

Jorah Mormont was an exiled Lord from Westeros, who has sworn loyalty to Daenerys Targaryen and has been her loyal companion.

Tywin Lannister is considered one the richest and most influential people in the world of GOT. He is the head of the Lannister house.

Stannis is a younger brother to King Robert Baratheon and an elder brother to Renly Baratheon. He waged a battle to win the Iron throne.

A sadistic character who causes terror on many characters in the series. He is the son of Roose Bolton.

Robb Stark is the eldest son of Ned Stark and Catelyn Stark. He is the elder brother to Sansa, Arya, Bran, and Rickon.

A skillful blacksmith. He is an illegitimate son of King Robert Baratheon.

He is a skilled sellsword. He is one of the characters that provide comic relief in the whole series with his quick wit.

This name will definitely suit a big dog. Hodor is a simple-minded character. He is a servant at Winterfell, and he was the one to transport Bran and take care of him after the injury.

Davos Seaworth is a reformed smuggler. He is also known as the Onion Knight.

Prince Oberyn Martell had created quiver in the game of thrones when he arrived in king’s Landing seeking revenge. He is also known as the Red Viper of Dorne.

He is the commander of the unsullied. He was one of the members of the inner circle of Daenerys Targaryen.

Tommen Baratheon meets a tragic end in the series. He is the total opposite of his brother Joffrey. This can be a cute name for a little puppy.

A nickname was given to Sandor Clegane. He was the bodyguard of Prince Joffrey. This is one of the perfect names for a dog from the whole series.

Varys is a eunuch. He is also known as spider and Master of Whisperers.

Tormund Giantsbane is a favorite character of many fans. He is the leader among all the free folk. He unites with Jon Snow to fight against White Walkers.

Samwell Tarly is Jon Snow’s closest friend and a steward in the Night’s Watch. You can either use Samwell or Tarly to name your dog or use the whole name.

Prince Rhaegar Targaryen is the eldest son of King Aerys Targaryen. He abducted Lyanna, which made Robert rebel against him and eventually led to Targaryen rule.

He is a farm boy who fled to Night’s watch after his village was attacked, and later, he becomes a personal steward to Jon Snow.

She is known as Dany, in short. One of the main characters is determined to take on the Iron throne and rule all the seven kingdoms. She owns three dragons and thus got the name Mother of Dragons.

Cersei Lannister was one of the queens among the seven Kingdoms. She was married to King Robert Baratheon and was loyal and protective towards the ones who loved her. She has a special relationship with her brother, Jamie.

Sansa is the elder daughter of Ned and Catelyn Stark. She is polite and dreamt of being a queen. However, after horrific events, she has learned to play the game.

Arya Stark is the middle-born daughter in the Stark family. She is a tomboy who seeks justice for all crimes against her family. Due to the cute looks, most of the dog owners have named their puppy Arya.

Margaery Tyrell becomes a queen after she was wedded to Joffrey Baratheon and later to his younger brother Tommen.

She is a Red priestess in the R’hollr religion. She is also a counselor to Stannis Baratheon. She is mostly referred to as Red woman.

Catelyn is the wife of Ned Stark. She is immensely devoted to her five kids.

Lyanna Stark is the sister of Ned Stark. She was kidnapped by Rhaegar Targaryen, which led to Robert rebel against him.

A woman among the folk who lived North of the wall. Later in the series, she becomes the lover of Jon Snow.

A prostitute who starts a relationship with Tyrion Lannister and later betrays him.

She was formerly a slave and later became a maiden and a trusted advisor to Daenerys.

The only sister of Joffrey and Tommen Lannister’s. And she is the daughter of Cersei and Jamie Lannister.

She is the daughter of Howland Reed. She joins the crew of Bran Stark on their journey beyond the wall.

These were the names of the top male and female characters from The Game of Thrones series.
And now we will look into the names that are inspired by the Dragons.

Drogon has got his name from Daenerys late husband, Khal Drogo. He has got black and red scales, red and black wings and is rode by Daenerys.

This dragon was named after Rhaegar, the elder brother of Daenerys. He has green and bronze-colored scales and yellow and orange wings.

Viserion is known for his cream and gold-colored scales and red-orange-colored wings.

Some more dogs names inspired by GoT

It is one of the four known continents in the world of GOT. It is home to seven kingdoms. You can call your pup West in short.

Essos is the largest among the four known continents. It has a varied culture compared to Westeros.

They are the ice creatures who live far from the north. They are known to be an ancient race.

Just because it says, “Winter is coming.”

The three-eyed mysterious character and can be a great name for a black dog.

It is a term used for people who have the special power to enter the minds of animals and control their actions. Such powers, much wow!

A race of horse-mounted warriors incontinent of Essos.

Now let’s look at some unknown facts from the GOT series:

And finally, this is the enormous list of Game of Thrones dog names. You can choose according to your dog’s personality the name that suits you better.